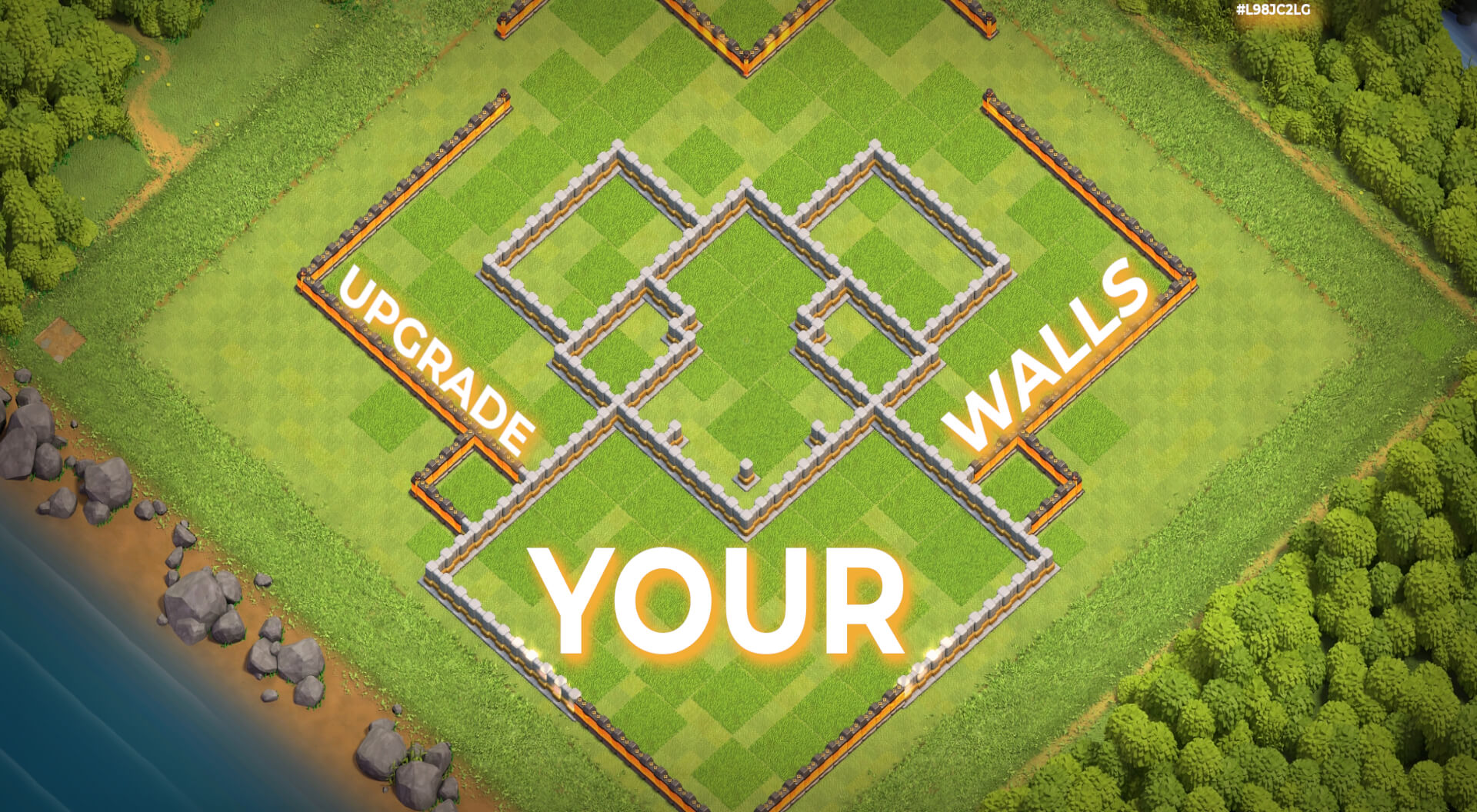 The year is 2014. I had just transitioned into high school and giant game company, Supercell’s Clash of Clans is gaining traction. Everyone is playing the game before school, after school and even during school. Clans are being formed. Wars are being held. Villages are being upgraded but, for some, upgrading walls is a non-necessity.

For some more context, Clash of Clans is an online strategy mobile game for Android and iOS developed by very successful game company Supercell. It was released in August 2012 for iOS and October 2013 for Android (iOS always gets nice things first smh). It is Supercell’s most successful game and one of the most successful games period. In 2018, it had generated more revenue than any app on the App Store ($6.4 billion dollars) since its launch and is still very popular today.

Clash of Clans revolves around a village that you’re the chief of. In order to progress in the game, you need to build and upgrade your defences and other buildings. But before you can do that, you need resources and you get those from attacking other villages using troops that you train and also upgrade over time. Others can attack your village too to steal your resources and you have to keep upgrading your defences to ensure that the least possible damage is done to your village when it’s attacked. Part of those defences are your walls.

Now here’s the thing with walls, they’re individual pieces that fit together to make any kind of shape you want. So when you’re upgrading them, you have to upgrade each individual wall, not to mention that walls aren’t cheap. This makes upgrading them a slow, painful, annoying and arduous process and as a result many people choose to neglect them, in favour of instead upgrading their defences. You then end up with some people who have really high-level villages but terrible walls, which is a really bad look in my opinion.

Upgrading your walls means that attackers will take longer to penetrate your village which in turn gives your defences more time to kill off the attacker’s troops. Cue the analogy. If you think about it, Clash of Clans is a lot like life. Your village is your life, your buildings are your skills and resources, your troops resemble your career, your defences are your beliefs and moral values and your walls, well your walls are what you use to prevent people with bad intent from breaking into your life. Walls are your guard and like Clash of Clans, one’s guard is often neglected and let down too easily which leaves one’s life compromised.

It’s easy to work on our skills, develop our careers and commit to our beliefs but we give a backseat to our guard and emotional wellbeing when they in fact should be driving the car. When we let our guard down, we become prone to attackers who will take advantage of the opening and steal whatever they can before moving on to the next target and at the end of the day you’re the one who’s affected. Everything else in your life stops to restore the damage that’s been done to not only your walls, but your whole village. Instead of developing your career, instead of improving your skills, you’re stuck doing repairs.

Instead of developing your career, instead of improving your skills, you’re stuck doing repairs.

So, what then? The solution is simple really. Upgrade your walls! You shouldn’t let your guard down too easily and that means not rushing into anything before first doing your homework. After doing your homework, do some more homework and only lower that guard once you have absolute certainty (or 99% certainty at least) that the intent is right. Yeah sure it’s not fun, yeah sure it’s expensive and yeah sure they can still be broken down but even when they do get broken down, you would have had more time for your defences to fight the attacker off. Whether you play Clash of Clans or not, don’t forget to upgrade your walls.

I hope you found my analogy of Clash of Clans to life interesting. If you agree, give the post a thumbs up. If you disagree let’s have a civil fight in the comments. Until next time, keep upgrading those walls. Oh and if you play Clash of Clans, I don’t wanna hear anything about air troops.